What You Will Find at Church History 101

CH101 attempts to accurately present the data of the early church. How do we know what happened after the New Testament period? We have an enormous amount of documents from the first three centuries written by those who were leaders. It is amazing that we have so many written sources.

Unfortunately there are many web sites where you can find all kinds of misleading information on the early church. The early church fathers are not easy to read or understand - not easy to read because they tend to be verbose - they are known to drone on and on. They can be difficult to understand because they discuss issues of the day that are not as clear for us. Like the NT writers, sometimes they refer to things their readers fully knew but the details have been lost in the sands of time.

I try to present the data without making theological or doctrinal judgements - just the information as clearly as possible.
COMMENTS - QUESTIONS - CRITICISM
I welcome EVERY single serious comment, question or criticism - and I answer almost every single one. The Feedback section is where I will sometimes go beyond the basic data and give you MY personal opinions.

In my opinion, Viola would have done far better to simply offer his ideas, observations (many of which are good) and opinions without attempting to enter the depths of "scholarship." He is not a trained scholar and does not have the breadth nor depth of reading and study to make many of the claims being advanced in this book...Viola interacted with Ben Witherington through email and ignored everything this great NT scholar shared...The result is that Viola is a bomb-thrower, making accusations and definitive statements with very little historical/biblical context other than footnotes and "scholars" that cannot be trusted.
Read the book review.

Constantine is an important figure in early Christianity and this is a very popular section of this site. 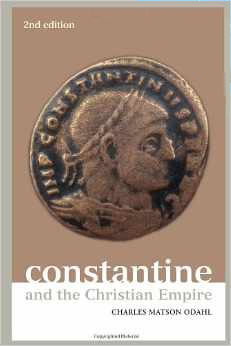 Constantine and the Christian Empire, by Charles Odahl - represents 31 years of research, retracing the steps of Constantine across Europe and the Eastern Empire. The most exhaustive work on Constantine ever published.

Numerous CH101 readers have written to me with questions and critical comments about what I have written regarding Emperor Constantine. There is a significant percentage of conservative Protestants who believe Christianity suffered greatly under Constantine. As a young man I was taught that the Catholic Church started with Constantine and this was when Christianity lost its way.

While there are some valid points to be made for Christianity losing its zeal and spiritual power, Constantine gets a bad rap in MY opinion. If you are interested in learning more about Constantine I would highly recommend the text by Charles Odahl to better decide if Constantine was a Christian or just a political opportunist.

How Did We Get the New Testament?

This is a three part teaching I gave at my church in three Sunday evening classes in the fellowship hall. 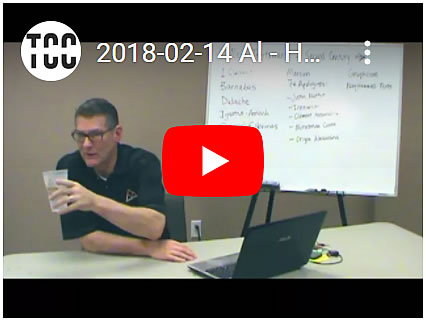 The NT Canon, Part 3
- Third Century Writers-Quotations of NT
- Fourth Century Developments
- Eusebius, Church History
- The "Bible" of Constantine
- What about the Apocrypha?

Feedback: Q and A

These are some of the most popular Question/Answer articles:

Other Articles/Papers of Interest